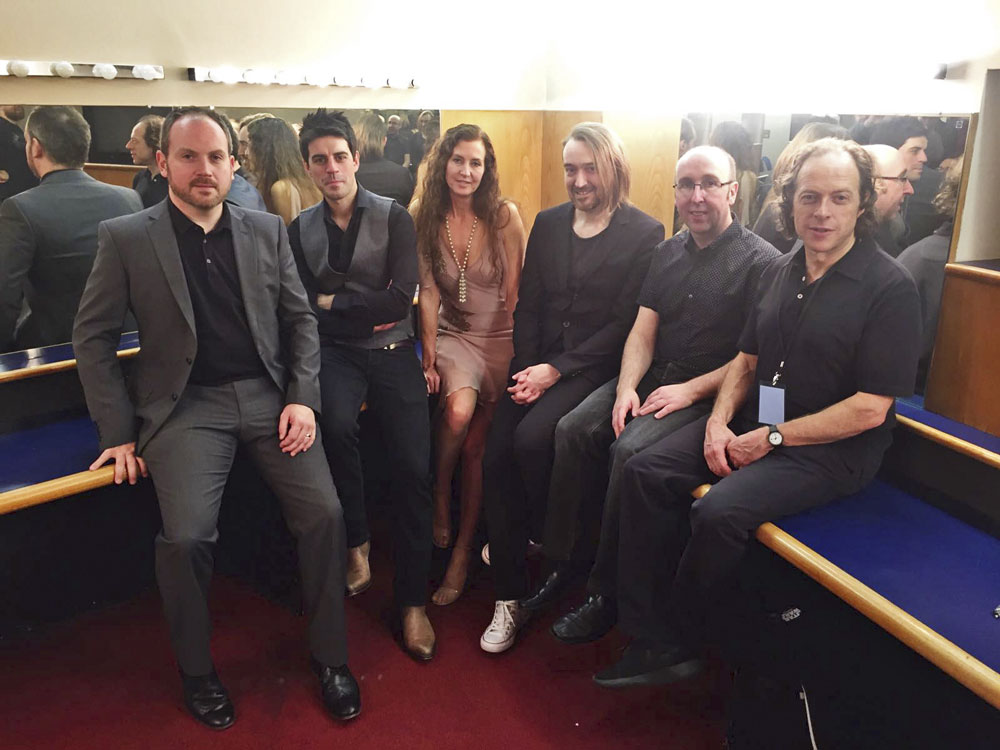 So a double blog entry after a most exhilarating weekend supporting Jools Holland at the massive Harrogate International Centre on Friday and York’s biggest venue, the Barbican, on Saturday.

We were very pleased with our performance on Friday, our only regret was that it was difficult to see the audience… just a black void for us on stage (!) but we’re happy it went well.

It was a bit of a squeeze on the relatively small stage but Jools’ team were fantastic and Miss R very pleased with her sound thanks to Andy and Clem.

York was a bit weird in that we’d been to the venue many times before as punters, and several to see Jools himself – now we were on stage ourselves!

The audience were fantastic from the moment we walked on, our hometown really showed their support brilliantly and we even saw our first banner in the audience, which made us very proud!!!

We joined Jools and his band for a curry afterwards, which was very kind of him and not a little surreal!

All in all great fun – let’s hope we get invited back!