Julian first took an interest in drumming in 2005, when he saw a postcard in a shop window in Pocklington, saying ‘Ageing rock and rollers required.’  He was intrigued and immediately phoned ‘Derek’, the man who placed the ad, who became a great friend, until he passed away in March 2018.

Sadly, Derek suffered from a debilitating illness and only managed to play for a few years, but out of respect, Ten Millennia’s music has always been dedicated to him.

For Julian, it was downhill all the way after that, with the list of great names he hasn’t played with being literally endless. His first band — a jazz trio — fired him which was doubly insulting because he wasn’t even being paid.

His musical credentials would struggle to fill a postage stamp, although he has had a couple of lessons from his mate, Benny, which he claims have made a difference.

That said, Julian does have some saving graces, which have given his bandmates solace: he manages Ten Millennia — a role he took on originally because he felt it would be harder for them to get rid of him. He’s pulled in some fantastic gigs with audiences growing over the years from a low of eight at the Carpenters Arms in Fangfoss to a more impressive 8,000 supporting The Corrs in Kew Gardens, plus quite a few shows supporting Jools Holland thrown in for good measure, including The Royal Albert Hall! Although his musical timing can leave a bit to be desired, he’s made sure that Ten Millennia has never started one of their 400+ gigs late.

His other quality is his infectious enthusiasm on stage. Not realising that it’s not entirely cool to look as if you are actually enjoying yourself when playing, he usually sits behind his kit grinning at the fact that he gets to spend time doing what he loves. “I do really love drumming. I hope one day to become credible in my own right as a musician.”

You might think he’d love listening to great drummers, but this tends to make him depressed. He does enjoy organising things and his dedication to making lists is endless, so while the band is going places, they’re sticking with him. 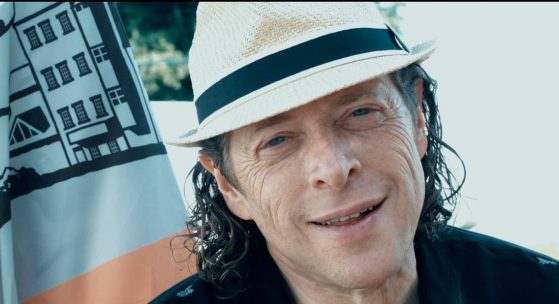